“We have neglected the truth that a good farmer is a craftsman of the highest order, a kind of artist.” – Wendell Berry

The New York Times Magazine recently published an issue on Big Food, including a photo essay titled The Dizzying Grandeur of 21st-Century Agriculture. The essay highlights a theme that’s always on our minds: the impact of large-scale agriculture on the environment and our bodies.

At Urban Remedy, we source our organic produce from local and sustainable farms whenever possible. One of our main partners is California-based Lakeside Organic Gardens, who provide us with a broad assortment of organic, non-GMO produce including beets, eggplant, kale, celery, cabbage, cilantro, and parsley. Over 20 years, Lakeside has grown to be the largest family-owned all-organic farm in the US. We think they’re a great example of how passion and experience can help a company grow big in a way that benefits both people and the planet. 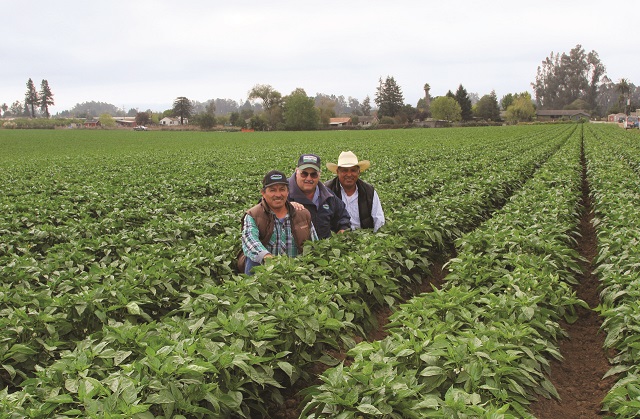 Lakeside was founded in 1996 by Dick Peixoto (pronounced Peh-SHOTE). Peixoto grew up in California’s Pajaro Valley, the grandson of a farmer and son of a fertilizer salesman. As a young boy, he enjoyed riding along on his father’s business trips to farms, fueling a fascination with crops and what makes them grow. Peixoto decided early that he wanted to be a farmer, and by his senior year of high school he had already rented 40 acres, which he farmed before and after school hours and on weekends. The summer after he graduated marked his first big harvest.

After several years growing crops conventionally, Peixoto realized that he wanted to convert to organic farming. In 1996, Lakeside Organics was officially born.

Growing big through micromanagement
Today, Lakeside provides organic produce to wholesalers and distributors across the US and Western Canada. Peixoto says it all comes down to the soil: “We farm the soil, and the soil grows the crop.” In conventional agriculture, farmers use the minimum resources necessary to grow their crops, so the soil gets depleted over time. In contrast, 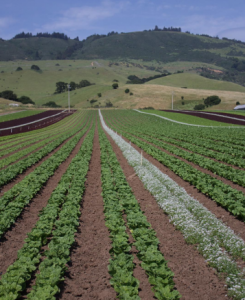 organic farmers focus on enriching the ground to keep it in balance, causing the soil to get better and better.

Even as his business has grown immensely, Peixoto continues to take a hands-on approach to farming. “An hour ago I was out looking at lettuce in the field. I’m trying to decide how much fertilizer to put on there… I spend most of my days walking the field and connecting to the crops.”

Crops are planted strategically in small blocks so that Peixoto and his crew of experts can closely manage growing and harvesting. Whereas a conventional farmer might make one management decision for a 20-acre block of land, Lakeside will make 20 decisions for each individual acre. This micromanagement lets Lakeside maximize both their assortment of crops and the yield for each one.

20 years of sustainable innovation
Organic farming is an expensive and labor-intensive process, and Peixoto asserts that mindful innovation is crucial for keeping costs to consumers down. To that end, Lakeside takes advantage of both cutting-edge technologies and an understanding of nature itself. For example, weed control can be one of the most costly aspects of organic farming, but Peixoto has found that prevention rather than removal is key. Instead of costly hand-weeding of fields of crops, Lakeside encourages weed growth before crops are planted, then eradicates weeds using a burner.

Lakeside’s mastery of organic farming has allowed them to raise a broad assortment of crops, all within California. Peixoto is most proud of his celery – a crop that is notoriously difficult to grow organically and that, when grown conventionally, typically uses more spray per acre than other crops. His hands-on, soil-centric approach has allowed him to grow celery organically with a higher yield than when he grew it conventionally years ago.

You can taste Lakeside’s organic offerings in many of our favorite foods and juices, including the celery in our Soothe juice, collards in our Mediterranean Collard Wrap, and beets in our Macro Bowl. You can also sample Lakeside’s offerings at California Grill, their own all-organic, farm-to-table restaurant in Watsonville, CA.

Want to learn more? Listen to Dick Peixoto discuss Lakeside Organic Gardens in the video below, and read more on their website. The Benefits of Tea

Most people don’t know that, technically, tea is derived from one single plant: the Camellia Sinensis. …

UR Love Podcast: Medicine Making with Herbs, with Adriana Ayales

Anima Mundi was founded with the intention to bridge ancient healing traditions and plant remedies as a form of grassroots healthcare for today’s world.… Thank you to our UR family member Boots for feeling safe enough to share their story with us and the world. We see you, we hear you, we love you. About Boo…